A few months after I opened my tailoring shop, I noticed two lovely little girls walking past my window. They would stop for a few minutes, and stare through the glass just watching me work. I would smile and wave, then they would run away.

After about a week of this, I invited them in. I found out they were always around because their parents owned restaurants on the same block. (Different parents, different restaurants).

They would stop in everyday after school to cut up scraps and to practice sewing on buttons. We started having girls' days. We'd go to art museums, see movies, go ice skating, and eat hamburgers. Even though I've sold my shop, and I don't see them every day anymore, we still get together at least once a month for a Girls' Day.

I had some great vintage knits, so I made them play dresses for spring. They're just simple a-line dresses with a minimal cowl neck. They were both excited to have a knit dress to play in. They kept telling me how much they loved stretchy dresses. I just made them in an afternoon, so I was pretty excited that they liked them so much. 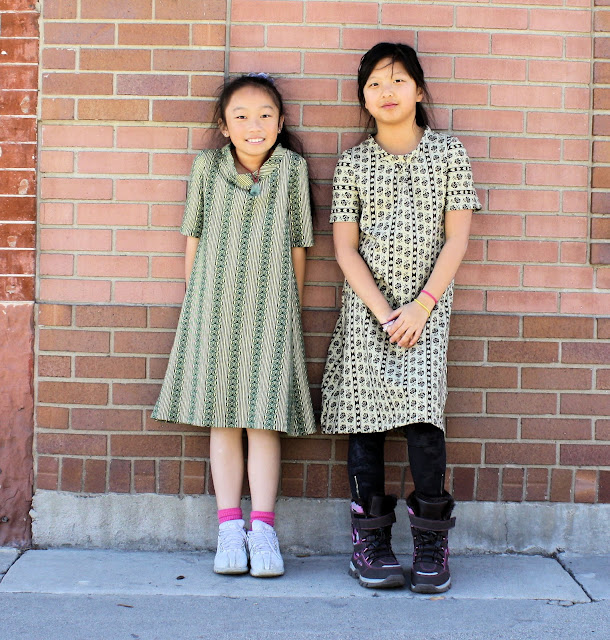 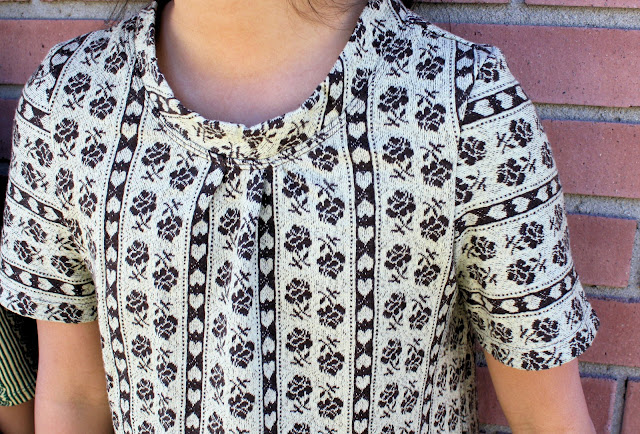 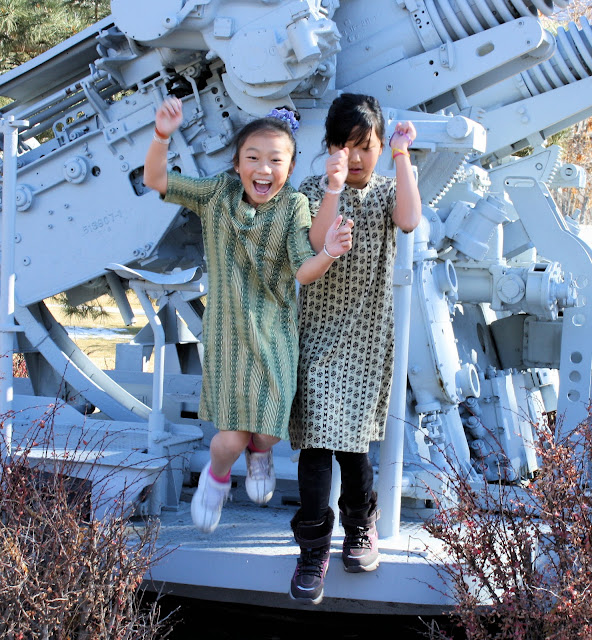 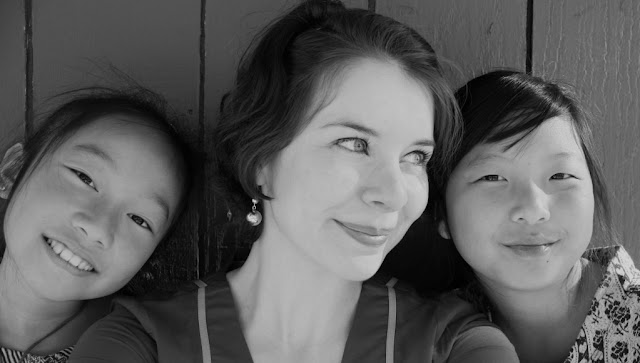 After taking tons of pictures, I thanked them for being such great models. Jessie said, "That was fun Lynette! That was like getting pics from the paparazzi." If I ever have daughters, I hope they're as awesome and Jessie and Sujeong.

Thanks for the note! 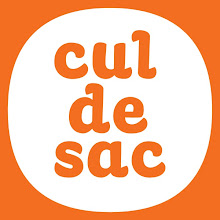